“Consignment Criteria” is the criteria to judge whether the goods maintain
originating status for preferential tariff treatment while transportation
from a Party to the other Party. 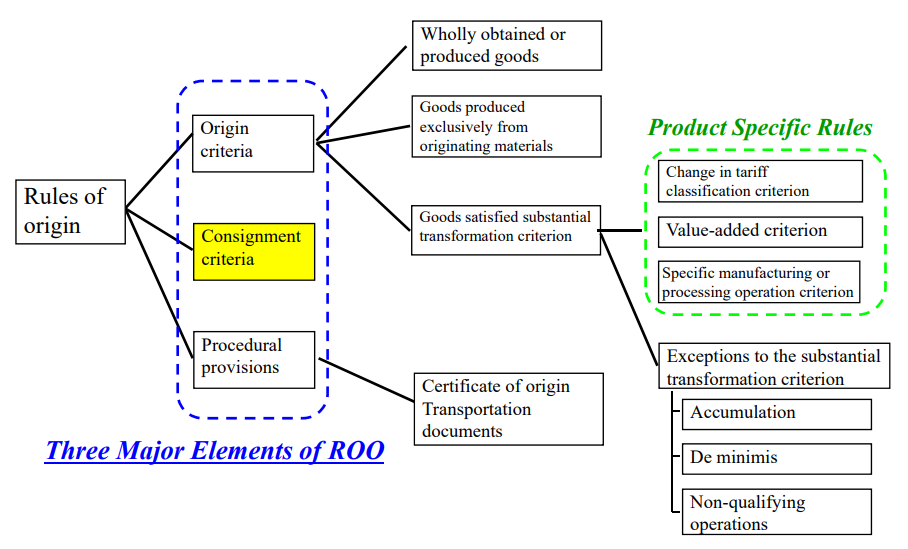 To retain the originating status of the good in the exporting Party, it is required for
the good to be directly transported to the importing Party.

This is to ensure that the good is not manipulated during the transportation and
retained its originating status so that it is still eligible for preferential treatment.

If the originating good is transited through a country which is not a Party of the
same Free Trade Agreement (FTA), the good may still be able to retain its
originating status provided this is justified as a transport requirement and that the
goods have not entered into the commerce of the transit country and have not
undergone any operation other than loading and unloading there.

For some FTAs, the importing authority would also require documentation
(e.g. Certificate of Non-Manipulation or through Bill of Lading issued in the exporting Party)
to prove that the goods are not manipulated or further processed while transiting
before the granting of preferential treatment.

Most preferential trade arrangements contain requirements for the transportation
of originating goods which will benefit from trade preferences upon importation.
However, in certain circumstances, there are derogations to the direct transport rule.

The direct transport rules may be in certain instances very strict, requiring direct
transportation of consignments between exporting and importing countries.

In other origin systems, rules on transportation are less restrictive – mainly due to
geographical factors in cases where direct transport is not always possible or
economically not opportune due to exigencies of trade.
Thus, indirect transportation or transportation through non-contracting parties of a
preferential trade arrangement is allowed under certain conditions.

In fact, the NAFTA provisions in Article 411 (Trans-shipment) and the TPP provision
Article 3.18 (Transit and transshipment) contain requirements that all origin conferring
operations have to be carried out in the territories of the contracting parties similar to
the “Principle of territoriality” of Article 11 in the PAN-EURO-MED context with elements
regulating transportation.
However, the NAFTA, the ASEAN and the TPP origin provisions do not require the strict
the obligation of direct transportation with additional customs surveillance requirements. 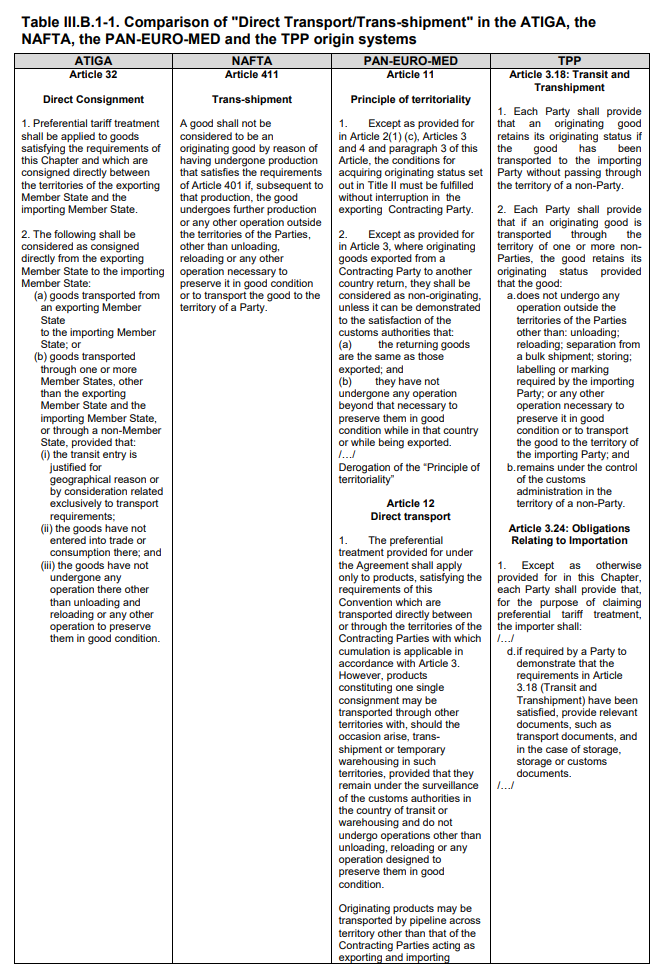 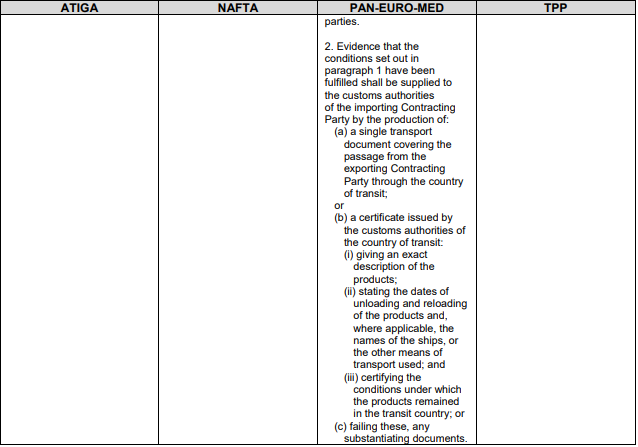