In this article, I’m going to introduce how “Fuel injector” is classified by customs across the world.
Those classifying records are retrieved from each country’s Advanced ruling database.

Those information will be a great help to understand how customs might consider classifying.
And also be a great help to reduce supply chain costs such as adopting CTC method under the FTA and smooth customs clearance procedures.

Item description:
High-pressure injector – from a specifically shaped valve housing with a multi-hole injector, injector nozzle needle, electrical connector and a connector for the fuel high-pressure line, with an injection pressure of 150/200 bar – for installation in an internal combustion engine with spark-ignition（petrol engine）, – for injecting under pressurized fuel into the combustion chamber.”Part suitable for use solely for internal combustion spark ignition engines of heading 8407″

It’s classified to HS 8409.91 because it was considered that Injector is suitable for use solely for internal combustion spark ignition engines(HS:8407)

Same as German customs It’s classified to HS 8409.91 because it was considered that Injector is suitable for use solely for internal combustion spark ignition engines(HS:8407)

Item description:
Structure of fuel injector used for automotive gasoline engine：Filter made of 5 kinds of main parts built into the main body（filter）Fuel filtering material located at fuel inlet（spring）When the injection port is fully closed. the needle valve is moved downward （solenoid coil）Electromagnetic coil（needle valve）Valve（nozzle plate）for opening and closing the injection port by suction force of the solenoid coil Injection port for atomizing fuel Characteristics：It consists of a cylindrical body.Size：Maximum diameter 15 mm. length 85 mm Function：A solenoid coil is energized by an ejection signal（electric signal）from the ECU and electromagnetic force is applied to the needle valve Is aspirated and rises and the injection port is opened by.applications boosted fuel is atomized from the injection hole of the nozzle plate injection：using packaging as a fuel injection system of an automobile engine：60 / box

This product is attached to the intake port of a piston type gasoline engine for automobile.receives an electric signal from the ECU.atomizes and injects the pressurized fuel. Because this product is recognized as a part to be used exclusively or mainly by the engine from its properties and functions etc..the tariff rate table part 16（b）.item 84.09 of the tariff rate table and item 84 According to the provision of paragraph 09.it is classified as above.

To the contrary of German and Japanese customs decision, US customs classified Injector as Valves(HS:8481.80) there is a difference in classification opinion between US customs and German, Japanese customs.
This kind of incident is not uncommon all over the world even though the 6digit HS code is a global common system.

It must be a smart way to check each country’s opinion from the Advanced ruling database before export or import cargo to avoid this kind of conflict.

In order to reduce supply chain costs, proper HS Tariff Classification needs to be
taken when it comes to adopting CTC method under the FTA.

In this article, I’m going to introduce how “Locking pliers” is classified by the customs across the world.
Those classifying records are retrieved from each country’s Advanced ruling database.

Those information will be a great help to understand how customs might consider classifying.

Court case in the US

There was a conflict between importer and customs in court.
The issue was how to classify “Locking pliers” under HS code.

The subject of the issue

The item below is the subject of the issue. 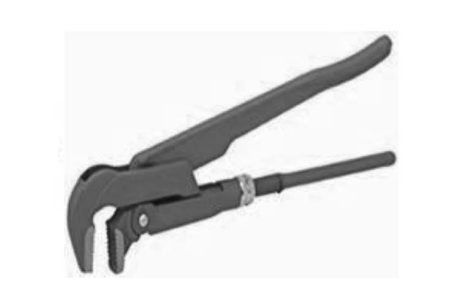 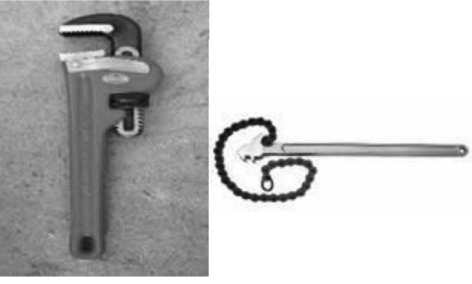 This “Locking pliers” has both essential characters of “Pliers” and “wrenches”.
It must be confusing how to classify.

Below quoted from Customs Bulletin

At the CIT, Customs relied on dictionary definitions in support of its argument that a wrench is a “tool used to grasp an object and then turn or twist it (i.e., apply torque).”

The CIT found that although a wrench may be designed for a particular use, nothing about the tariff term for “wrenches” suggests a type of use such that the court should declare the tariff term one controlled by use.

Therefore, the CIT concluded that “wrench” is an eo nomine term, not one controlled by use. It rejected Customs’s proffered definition and defined a wrench referring only to its physical attributes as a “hand tool that has a head with jaws or socks having surfaces adapted to snugly or exactly fit and engage the head of a fastener (as a bolt-head or nut) and a singular handle with which to leverage hand pressure to turn the fastener without damaging the fastener’s head.”

The CIT held that the products under consideration were not wrenches because they incorporate two handles and jaws that do not necessarily snugly fit the head of a fastener.