When the value added to a good through the production in a Party satisfies some
value content, the good can be qualified as an originating good of the Party. 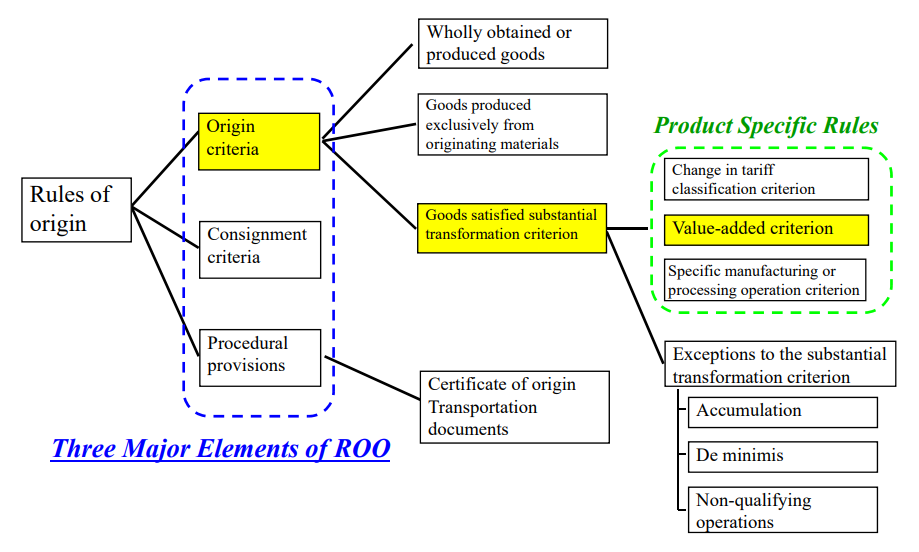 Regardless of changes in its tariff classification, a good is considered as originating when
the value of the product is increased up to a specified level expressed by an ad valorem percentage. 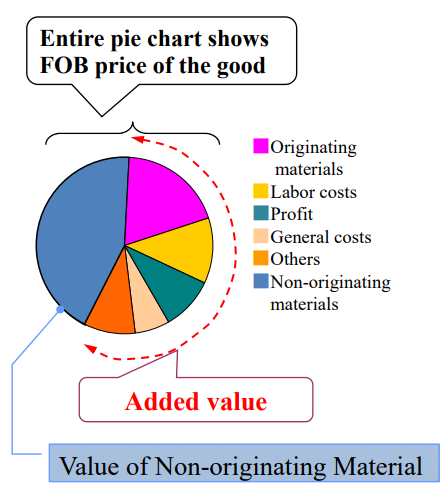 VNM is the value of non-originating materials used in the production of a good.

The rules-based on a value-added/ad-valorem criterion may largely be
described in two distinct ways:

a maximum allowance for non-originating materials
(maximum third country content allowance), meaning that a final product can be
considered as an originating product provided that the foreign inputs do not
exceed a certain threshold; or

Product-Specific Rules(PSR) for a passenger vehicle of heading 87.03 under
Japan-Australia EPA:
the value added in the country of manufacture (Qualifying Value Content) is not
less than 40% and the last process of production has been performed in the
exporting party

The QVC(RVC) of the vehicle is 80%. As the vehicle meet the ROO requirement under
Japan-Australia EPA, it is an originating good.

Product-Specific Rules(PSR) for a Biscuit of heading 1905 under
ASEAN Trade In Goods Agreement(ATIGA):
A RVC of not less than 40 percent of the FOB value. 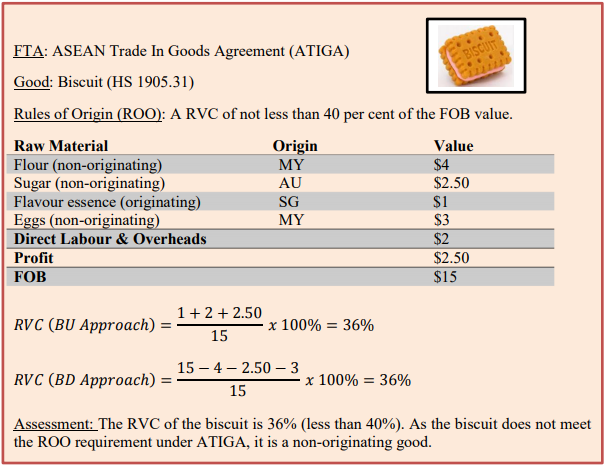 The RVC of the biscuit is 36%(less than 40%). As the biscuit does not meet
the ROO requirement under ATIGA, it is a non-originating good.

Comparison of Build-up and Build-down

An electric smoothing iron (subheading 8516.40) is made in TPP Party A from
non-originating parts (8516.90).
The value of the materials and costs associated with the production of the good are
as follows: