It must be a hard task to add normal shoes to have function something like athletic purposes, but if the cost of adding that function to the normal shoes is lower than the difference in duty rate,
this tariff engineering method should be considered.

Below examples illustrate the difference between normal shoes and sports shoes. 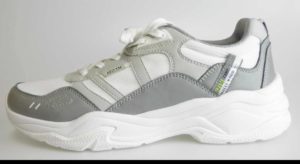 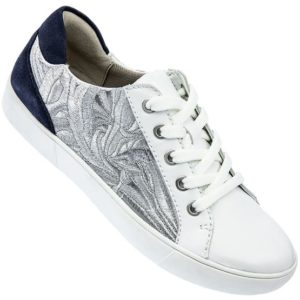 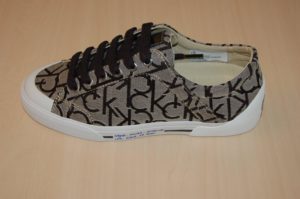 Even though they are classified as different HScode, they look very similar, therefore it’s difficult to distinguish them.

In regard to the particular exemplars of heading 6404.11, HTSUS, the court determined that“the fundamental feature that the exemplars share is the design, specifically the enclosed upper, which contains features that stabilize the foot, and protect against abrasion and impact.” Id. at 1317.

It means that when a shoe has the function of “ stabilize the foot and protect against abrasion and impact” it could be classified as Sports footwear (HS: 6404.11.90)

Additional U.S. Note 2 to Chapter 64 states that athletic footwear is classified in subheading 6404.11, HTSUS, “whether or not principally used for such athletic games or purposes.” CBP has interpreted this Note to mean that shoes need not be used solely for athletic purposes, but also those shoes that share appearance, qualities, and character
Source: H236274

Additional U.S. Note 2 to Chapter 64 can be referred from census
For the purposes of this chapter, the term “tennis shoes, basketball shoes, gym shoes, training shoes and the like” covers athletic footwear other than sports footwear (as defined in
subheading note 1 above), whether or not principally used for such athletic games or
purposes.

Since shoes do not need to be “complete sports shoes”, dual-use shoes could be classified as sports shoes.
Rephrasing it, normal shoe’s customs duties could be reduced if it has functions for sports like stabilizing the foot and protects against abrasion and impact.

The conflict between trader and customs was filed.
Trader applied rulings expecting to be classified as Sport shoe but somehow it was classified as Normal shoe N279073 .
Customs reconsidered it and revoke it by Ruling H285615.

it’s worth consideration for shoe manufacture or importer to add such a function to the normal shoe to reduce customs duties.
*Before carrying out Ruling request should be applied.